Summer is here, unofficially at least, which means it is time for ice cream! Unless you live in my house, then it is always time for ice cream no matter what the weather is outside. In honor of National Rocky Road Day on June 2nd, I thought I would make some Reduced Sugar Rocky Road Ice Cream this past week.

There is some debate about the origins of “Rocky Road” and what it originally consists of. Some say it started in Australia as a way to sell chocolate and nuts that didn’t fair so well in transport – named Rocky Road because of its journey across the ocean to Australia. Dreyer’s Ice Cream claims it’s founder invented it and named it because of the Rocky Road people had to deal with after the 1929 stock market crash and subsequent Great Depression. Does it matter? It is delicious no matter how it got started.

Here in the US it is traditionally chocolate candy (or ice cream) with mini marshmallows and nuts. Aussies add coconut and glace cherries. In the UK, cookies (biscuits) are added. What kind of nuts to use can turn into a debate.

The great thing about making your own ice cream is YOU CAN ADD WHAT YOU WANT! I went with marshmallows, raw almonds and some dark chocolate.

I simplified the recipe from many I saw out there and added only half and half instead of part whole milk and part cream. This made the recipe “fatter”, but also simpler for me. Since we are quickly approaching swim suit season I used a stevia baking blend, which has 75% less sugar in it. Use sugar, use your favorite no calorie sweetener, whatever you prefer.

I have an old version of this ice cream maker. Just freeze the insert, pour in the ice cream mix and turn the handle ever few minutes. It works like a dream and since it doesn’t need electricity it has lasted for decades!

**Audrey from That Recipe (Blog)**
Pinterest/Facebook/Google+/Twitter/Instagram

**Dina from Savvy in the Kitchen**
Facebook/Pinterest/Twitter/Instagram 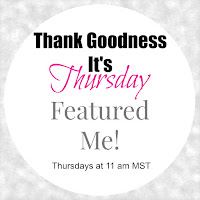 60 Shares
Share
Yum
Flip
Tweet
Pin
We use cookies to ensure that we give you the best experience on our website. If you continue to use this site we will assume that you are happy with it.OkRead more