January 17th is Hot Buttered Rum Day according to Serendipity and Spice’s A Blogger’s List of National Days.  An extensive 5 minute search found that no one seems to know  how or when this holiday was started, but who cares. It gives me something to blog about.

Hot Buttered Rum originated in Colonial America when molasses started being imported from Jamaica and rum began to be distilled in the Americas. The colonists started adding rum to their Hot Toddy and Egg Nog instead of other imported spirits like whiskey or brandy.

The definitive Hot Buttered Rum recipe is as elusive as the details of the holiday’s origin. So I am giving you 7 recipes to choose from.Have one a day for a week or throw a party and make them all at once to have a taste off.

And if you want to make any of them non-alcoholic for the kids, designated drivers or those that don’t imbibe just use either rum flavoring and/or apple cider. The recipes all have enough yumminess they don’t really need the alcohol to be enjoyed.

First up is a celebrity recipe. Which to choose? Rachel Ray or Emeril Lagasse? Uh, no contest there. My brother would strangle me if I linked to one of her recipes (though she uses honey like we do). Emeril’s Hot Buttered Rum Cocktail.

Other than that one, I am staying away from the big name cooks and sites and sharing the love with my fellow bloggers.

Katie at the Kitchen Door offers us a Burnt Sugar Hot Buttered Rum that requires a bit more effort than just mix and add hot liquid, but that extra few minutes looks worth it to me: 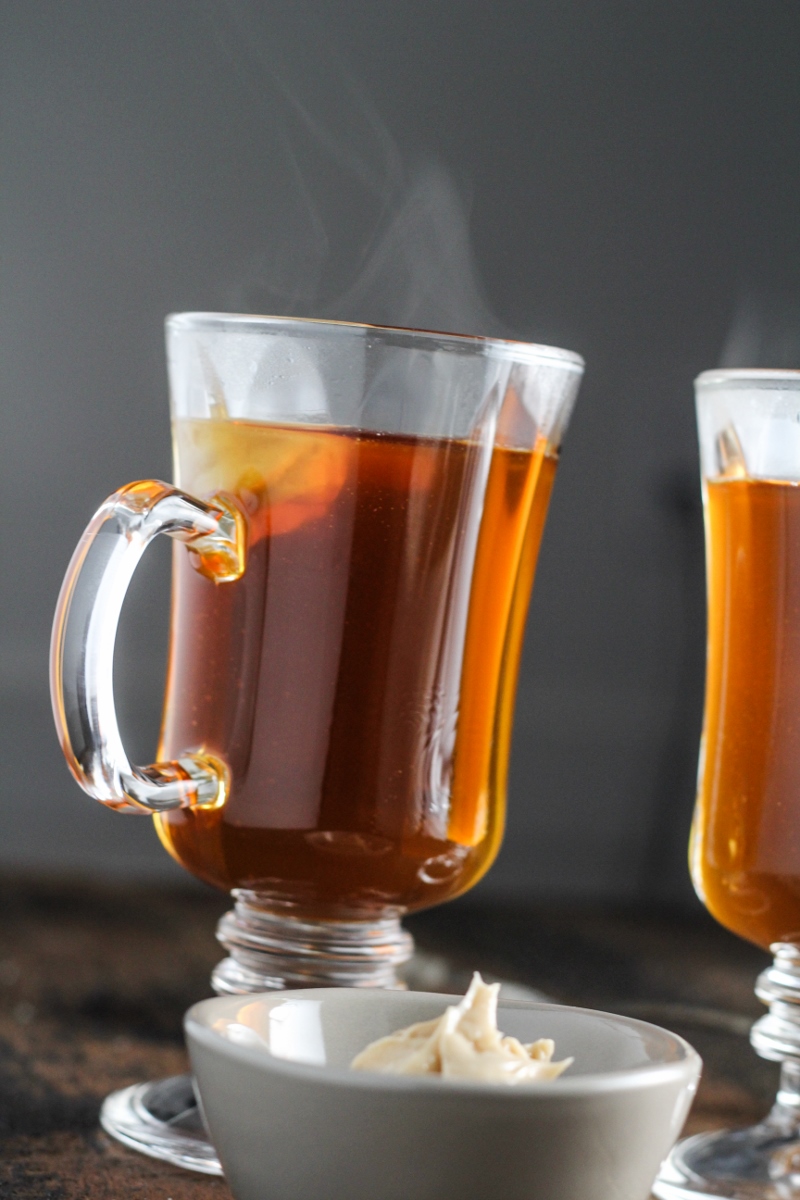 Photo from Katie at the Kitchen Door

The Curious Coconut has both the Paleo crowd and coffee lovers covered with this Paleo-friendly Hot Buttered Rum or Coffee: photo from The Curious Coconut

If you want your beverage creamier and more dessert like, may I suggest Delightful E Made’s Creamy Hot Buttered Rum (she adds ICE CREAM!): 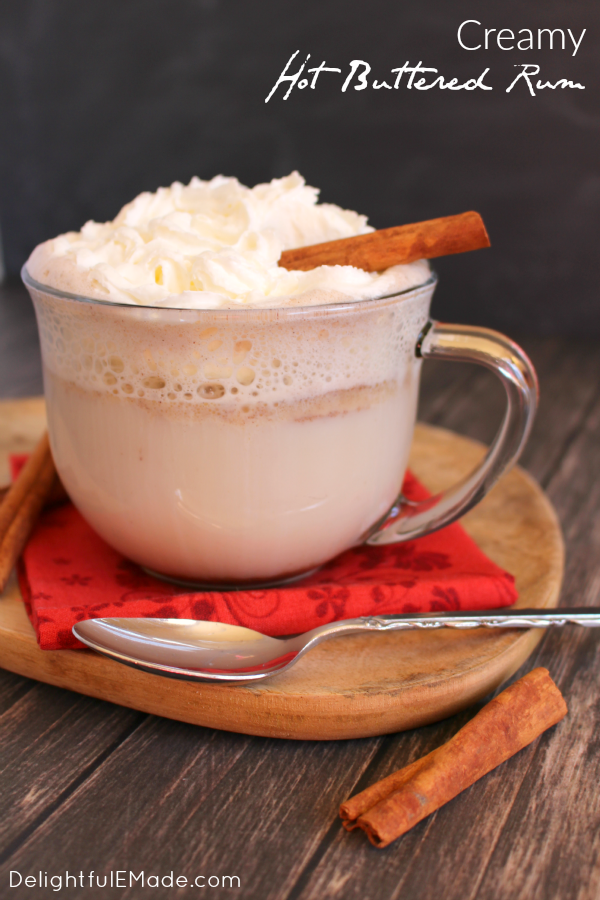 photo by Delightful E Made

The Wanderlust Kitchen’s recipe is similar to the one above, but she has the brilliant idea of freezing the mix in ice cube trays so you can quickly make individual servings: 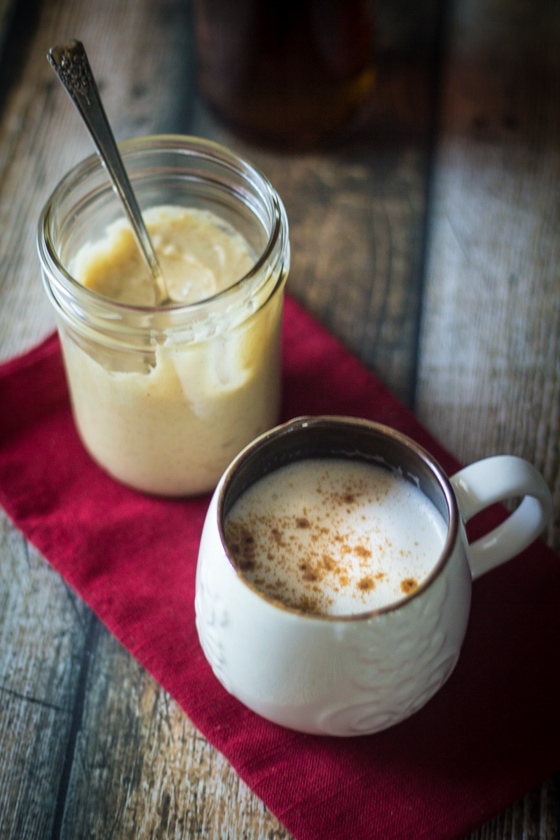 Photo from The Wanderlust Kitchen

Tamilee Tips breaks out the crock pot to make hers. Sounds like a great way to keep it warm for a party! 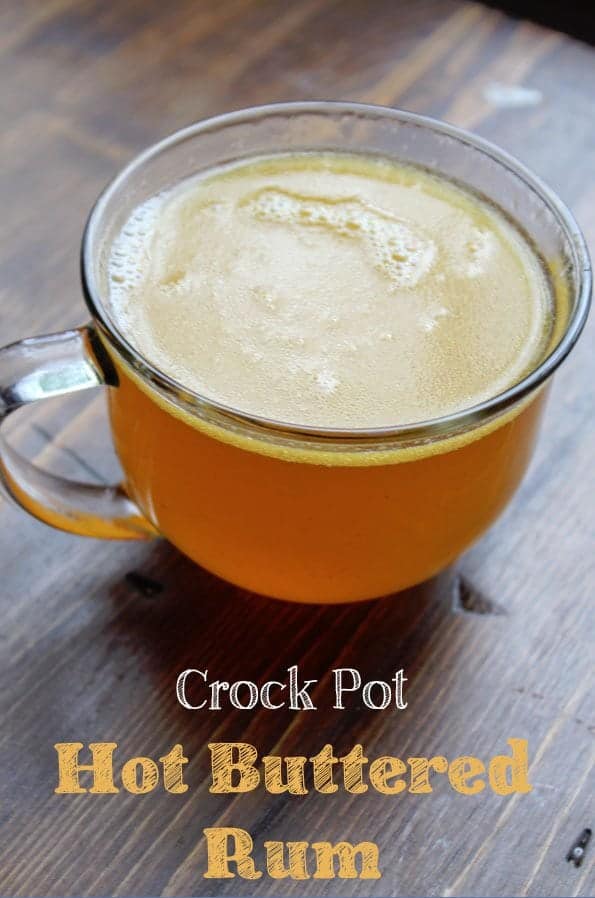 Our family recipe uses honey instead of the brown sugar most of the above recipes use and it is scaled for a single drink.

Make a non-alcoholic version by adding rum flavoring/extract and increasing the water, or swapping out apple cider for the water and rum.

163shares
We use cookies to ensure that we give you the best experience on our website. If you continue to use this site we will assume that you are happy with it.OkRead more